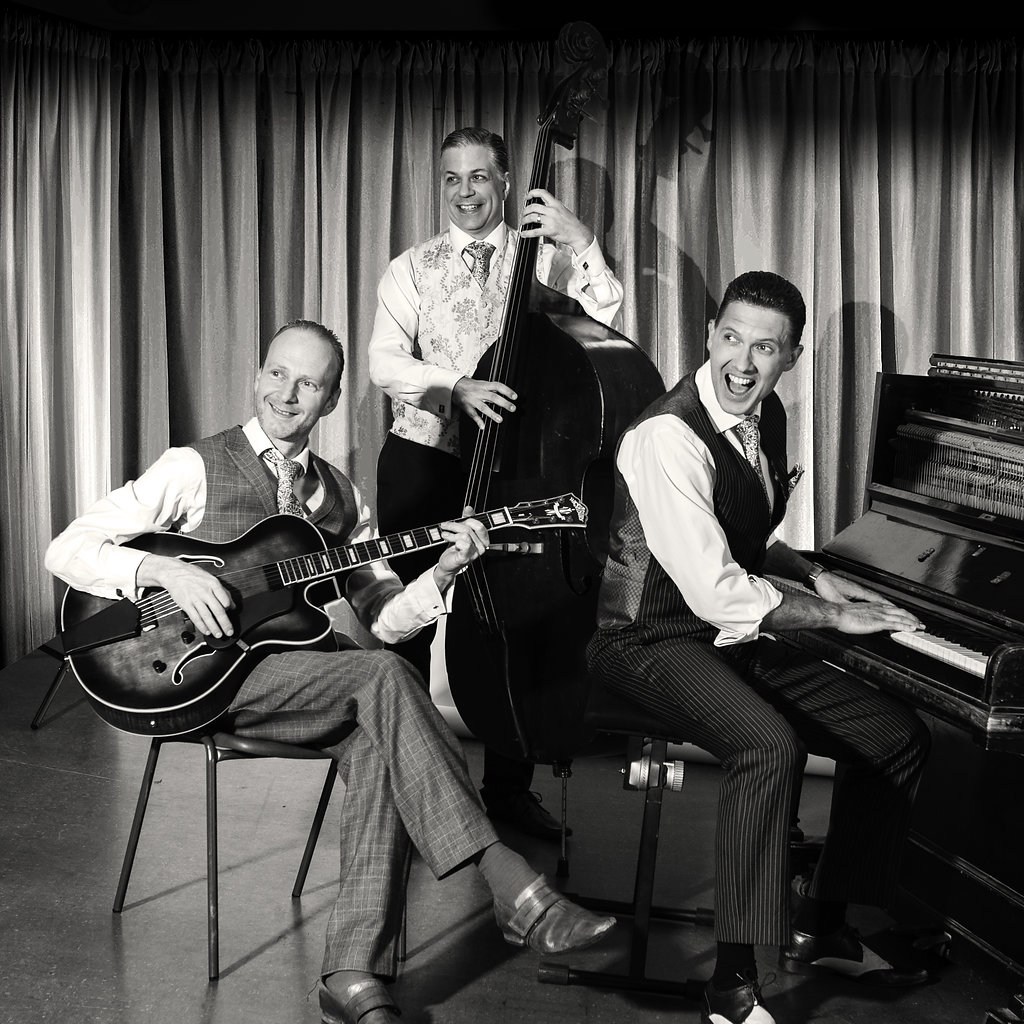 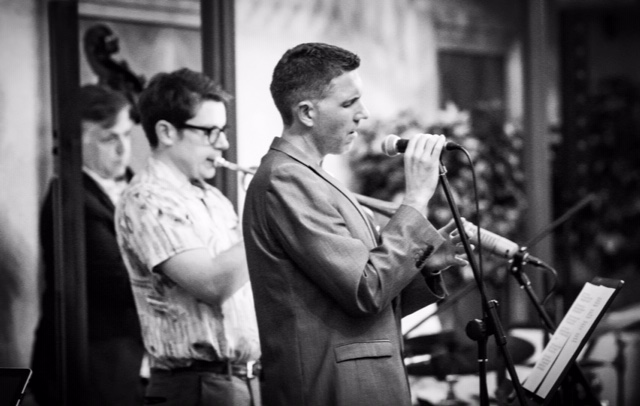 We were delighted to receive a 5* review for Robin’s Chet Baker show at the Cambridge Jazz Festival 2018, from Kind Of Jazz website and blog.

“Heartfelt and engaging tribute to Chet, shining a light on some of the lesser-known aspects of his long career.. performing a stripped back version of My Funny Valentine. The vocal was spellbinding, and when Brady came in on trumpet, the audience burst into applause…a beautifully performed and utterly engaging show..” Matthew Ruddick, Kind Of Jazz. 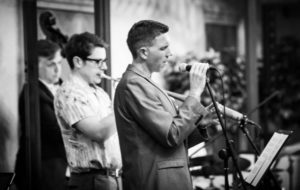 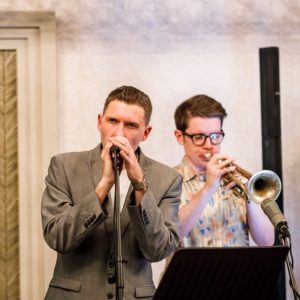 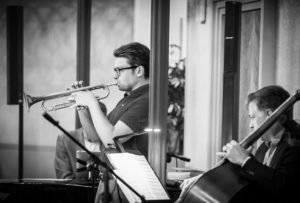 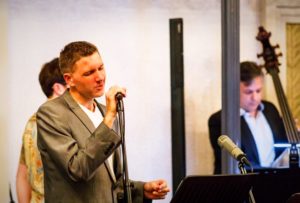 FREE entry + Special 20% offer for anyone wishing to dine before the screening at De Luca Cucina..! Just quote ‘Chet Baker’ on the day…

On Monday the 19th of November repmusic proudly sponsors the screening of the Chet Baker film, Born To Be Blue. The screening is linked to the Robin Phillips Sings & Plays Chet Baker ft. James Brady event as part of the Cambridge Jazzer’s Festival.

The event is also an excuse for a Cambridge jazz musicians social event, so all local jazz musicians and those interested in jazz or the movie are invited to come along and socialise / network as well as enjoy the great De Luca piano bar cocktails and the movie!

Each programme utilises a different band line up to best suit the artist being paid tribute to.

Click on the following links below to be taken to dedicated pages about each programme, including audio, video, and bespoke marketing visuals where classic images of each artist have been replicated.

We are now taking bookings for 2019, see the contact page.

This programme is being performed at the Cambridge Jazz Festival in November 2018. At this performance author Matthew Ruddick will read from his book on Chet Baker: Funny Valentine. Matthew is available to appear alongside Robin at the Chet Baker programme performances. 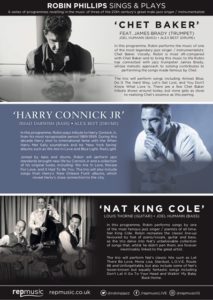 Robin has been appearing on Cambridge and East Anglian radio shows this month in the run up to his Chet Baker programme at the Cambridge Jazz Festival in November.

On Thursday 11th October Robin was interviewed by Steffi Callister at a Cambridge 105 and accompanied by guitarist Louis Thorne for a live performance of the Chet Baker tune Do It The Hard Way. 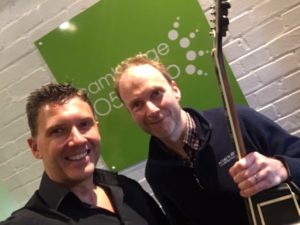 On Thursday 18th October Sue Marchant of BBC Radio Cambridgeshire aired an interview she did with Robin earlier that week at his recording studio as part of her Run Around Sue series. During the piece, Robin talked about his jazz vinyl and microphone collection, Matthew Ruddick’s book on Chet Baker, and the upcoming Cambridge Jazz Festival performance, as well as performing a solo rendition of the Chet Baker song Do It The Hard Way. Here is the whole piece from 22 minutes. 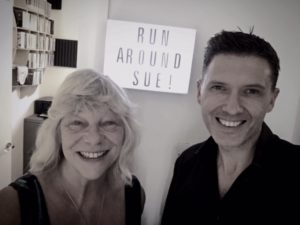 One of the songs was also filmed for the show’s Facebook Live feed. 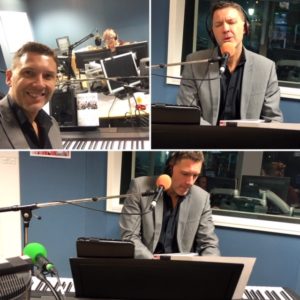 The Robin Phillips Trio ft. James Brady will perform their Chet Baker programme at The Gonville Hotel as part of the Cambridge Jazz Festival on Thursday 22nd November!

There are two tickets available:
– Ticket only £13.50
– 2 course Cotto dining in the Atrium Brasserie and best tables for the show £45
(Booking fees apply)

Also, Matthew Ruddick will be reading from his new book on Chet Baker: Funny Valentine! Those with dining tickets will also hear Matthew talk about writing the book.

This event will definitely be a highlight of Robin’s gig calendar this year, don’t miss it!

Click here for more info and for booking tickets. 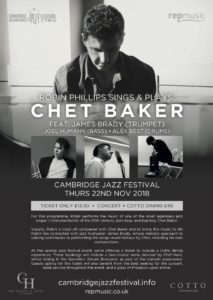 We are delighted to add a vibrant red piano shell to our current offering of black and white piano shells. For Duelling Pianos shows customers can now choose any combination of the three colours.

The piano shells look like a baby grand piano yet are much lighter and easier to get into a venue than a traditional piano.

Some performance packages include the piano shells, otherwise they are available as a bolt-on to a performance.

A digital stage piano fits inside the shell, meaning there is no need to mic up the ‘piano’, and the sound from the keyboard can be fed directly to the sound system, giving better volume control. 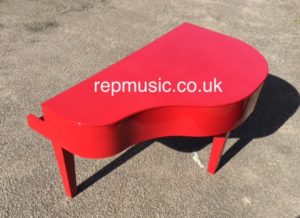 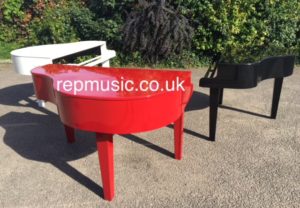 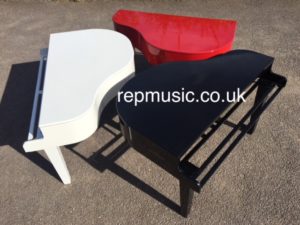 On September 17th 2018, Robin appeared as the guest vocalist for the launch of Matthew Ruddick’s book on Chet Baker: Funny Valentine at the Library London.

Matthew will appear at Robin’s Cambridge Jazz Festival performance and read from his new book. Click here for more info. 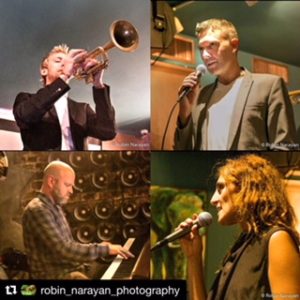 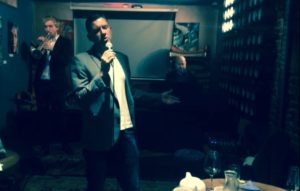 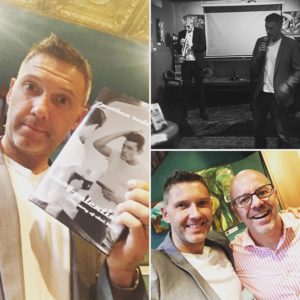 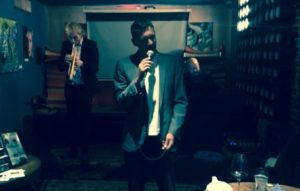 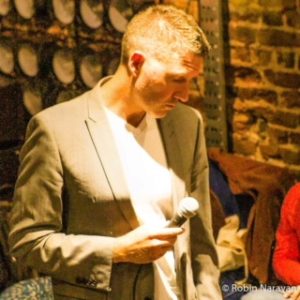 The De Luca Piano Bar is now open on Thursday evenings. With Joe Ogborn as resident pianist on these nights, the vibe will be chilled and classic pop and Joe will be taking requests throughout the evening. Performances 8-11pm. Throughout September there is the offer of 20%  off food in the Skylight Restaurant and in the Piano Bar cocktails will be 2 4 £10.