Pinstripe Suit is a high-energy 6-piece swing ensemble featuring a 2-piece brass section and both male and female vocalists. The band offers a variety of performances including one specifically designed for speakeasy / prohibition themes (for functions see bottom).

Singer / pianist / entertainer Robin ‘King Pin’ Phillips, is the arranger and bandleader of Pinstripe Suit and is joined onstage by a collection of highly-talented professional musicians who combine intricate ensemble playing with inspiring solo capabilities. Jazz singers Jo Harrop and Rebecca Poole share the role of adding the second voice to the ensemble and together with Robin present an engaging and exciting front-line vocal team.

Pinstripe Suit can create the perfect 20s / 30s / 40s atmosphere for themed venues and events. However, specialising in the best of swing from across the 20th century, the band is also one of the only UK swing bands performing the exciting energetic swing music from the 1990s swing revival scene in the US. The band can also provide a show that grows in size and energy, starting with just a pianist on stage and building song by song to the full band.

Pinstripe Suit is a resident band at the world-renowned award-winning speakeasy bars, Nightjar, performing at the prohibition-styled venue in Shoreditch, London, each month. The band is also available in trio or quartet format, as Pinstripe Réduit, performing regularly in this line up at Oriole speakeasy bar in Smithfield, London.

During the 2020 lockdown, Pinstripe Suit recorded the following on behalf of Nightjar and Henessey:

The band’s album, Pinstripe Live!, was recorded at the Jools Holland-patroned Boisdale Canary Wharf jazz club. For a preview of some of the tracks from the CD, see the player in the top right-hand corner of this page.

Pinstripe Réduit swing quartet is the smaller version of the Pinstripe Suit swing band. Featuring piano/vocals, tenor sax, upright bass and drums, it captures the same energy as the bigger ensemble, in a format more suited to smaller stages / venues.

Pinstripe Réduit is a resident band at the world-class Oriole speakeasy bar in Smithfield London, voted one of the best bars in the world in the 2017 World’s 50 Best Bar awards.

Here is a video from a live recording at Oriole bar.

For functions and weddings, the band offers an alternative to the run-of-the-mill function bands, mixing classic Ratpack and Buble-style jazz with upbeat swing and funk classics (including James Brown and Stevie Wonder). The mix of old and new makes the band appeal to a broad spectrum of ages.

Few bands can rival the ensemble’s mix of well-known vocal jazz with energetic upbeat swing and classic funk. In 2012 and 2014, Pinstripe performed for The Savoy’s New Year celebrations. 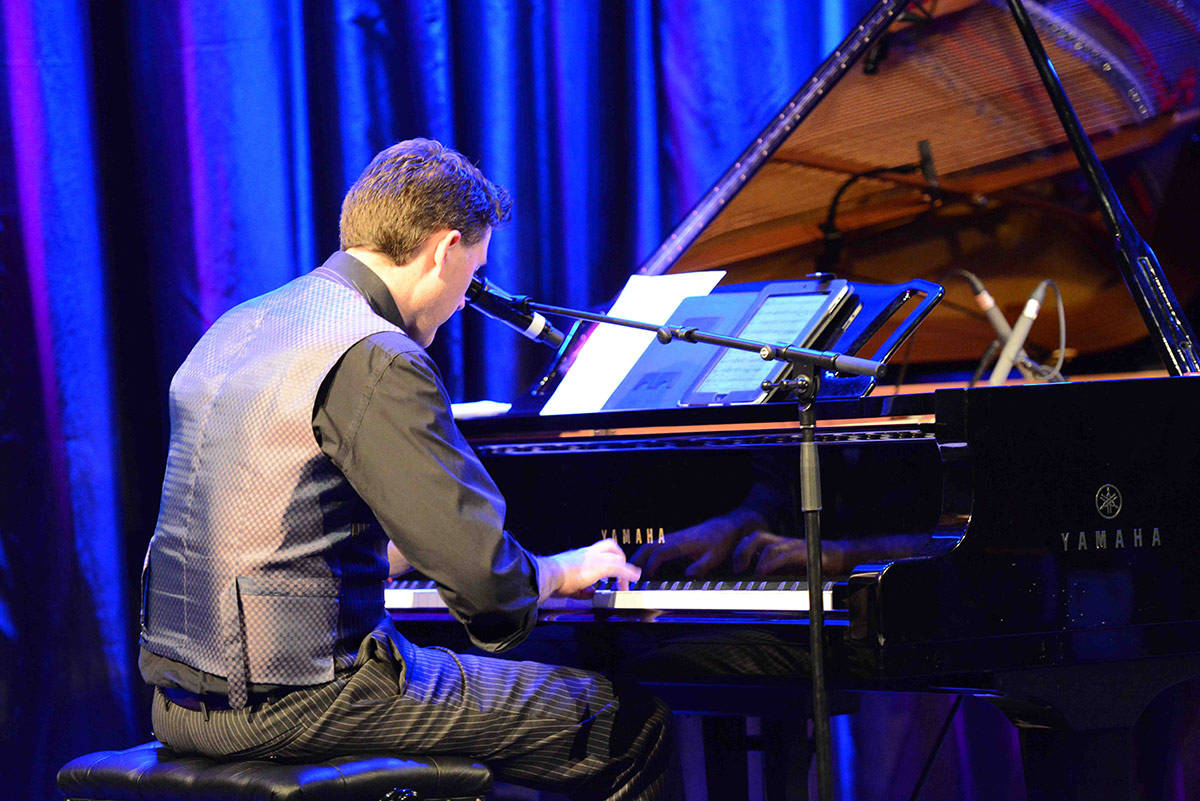 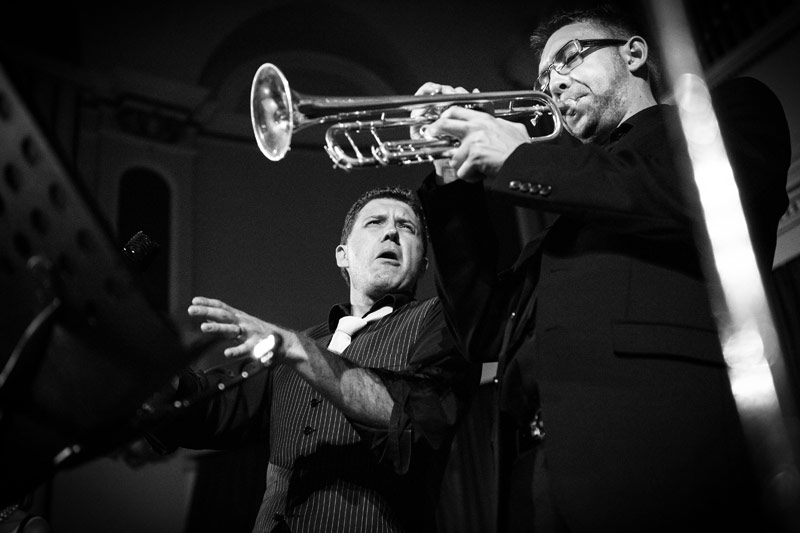 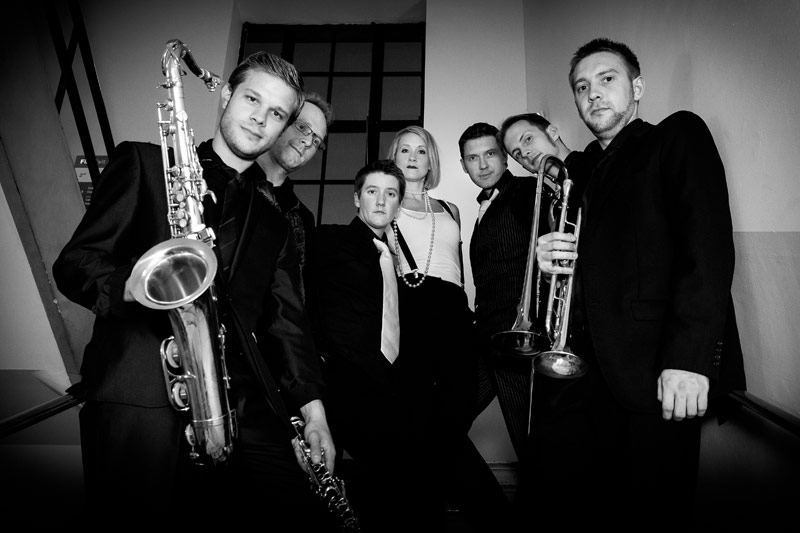 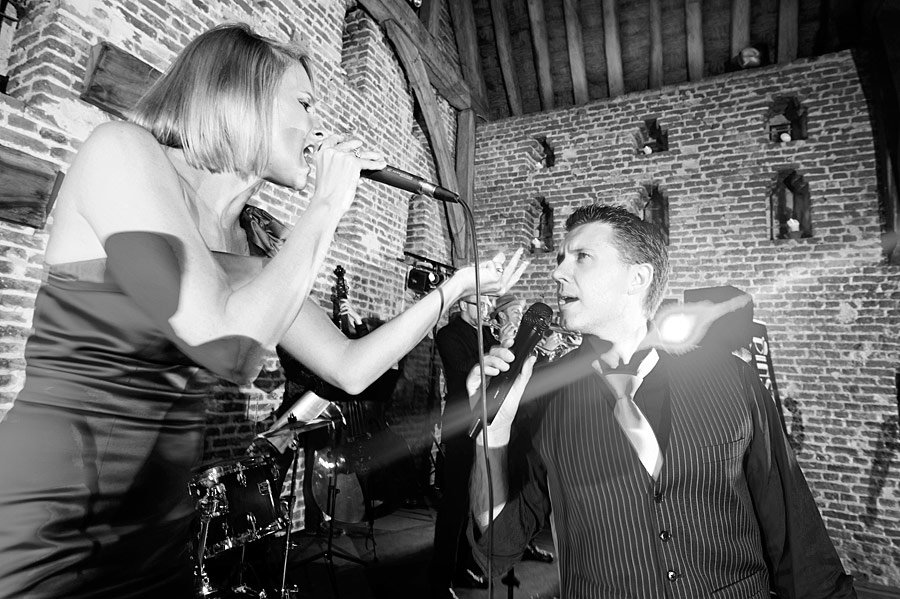 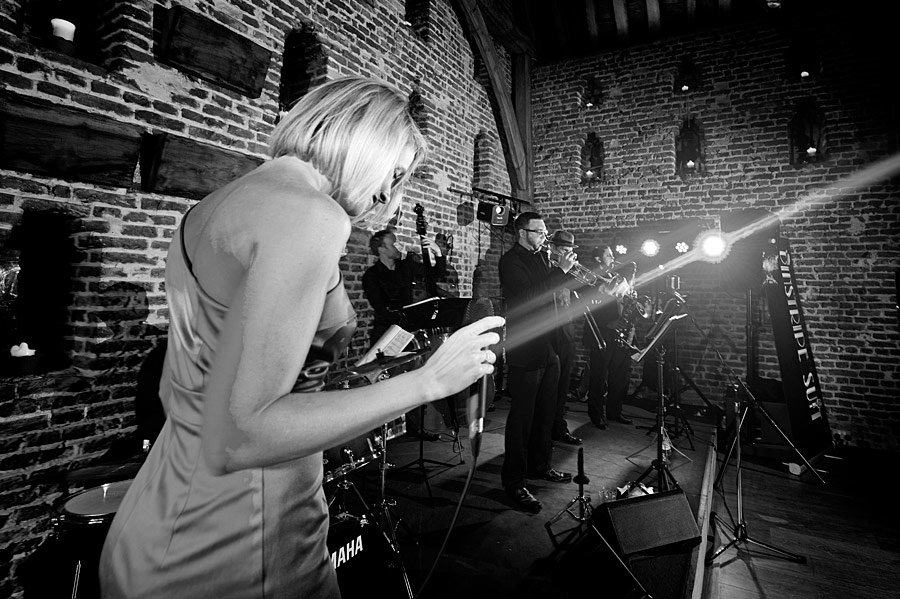 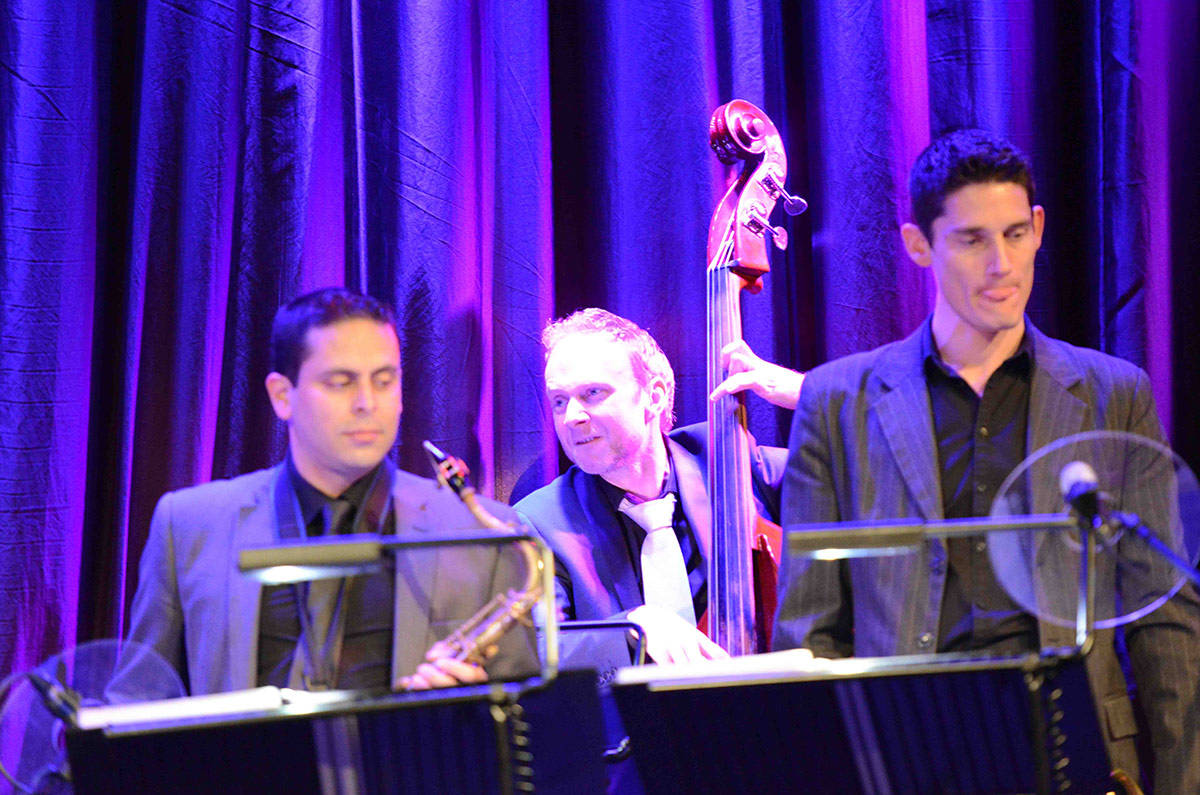 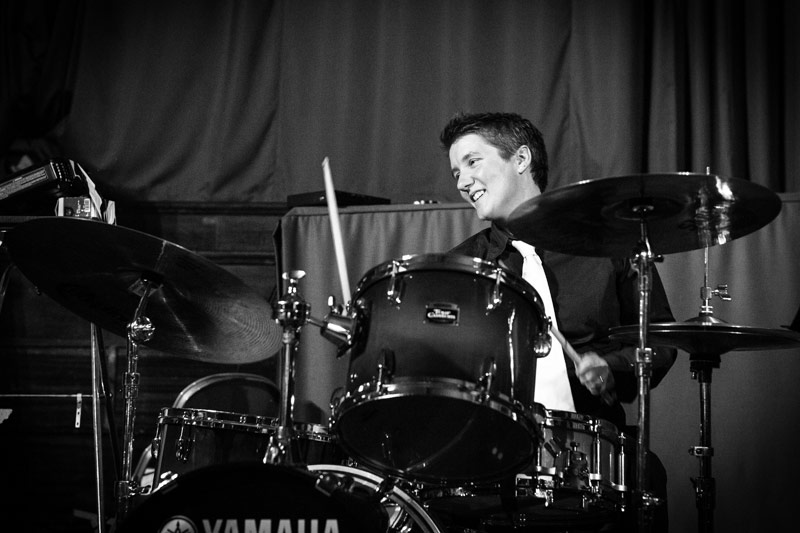 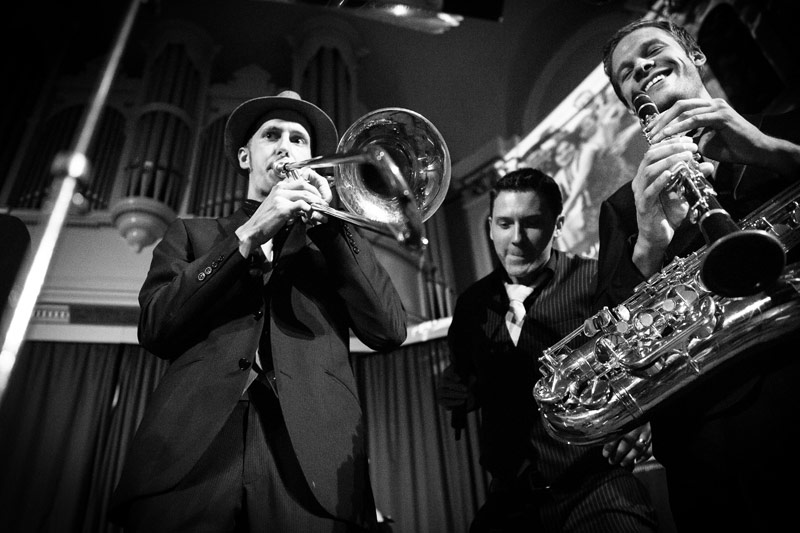 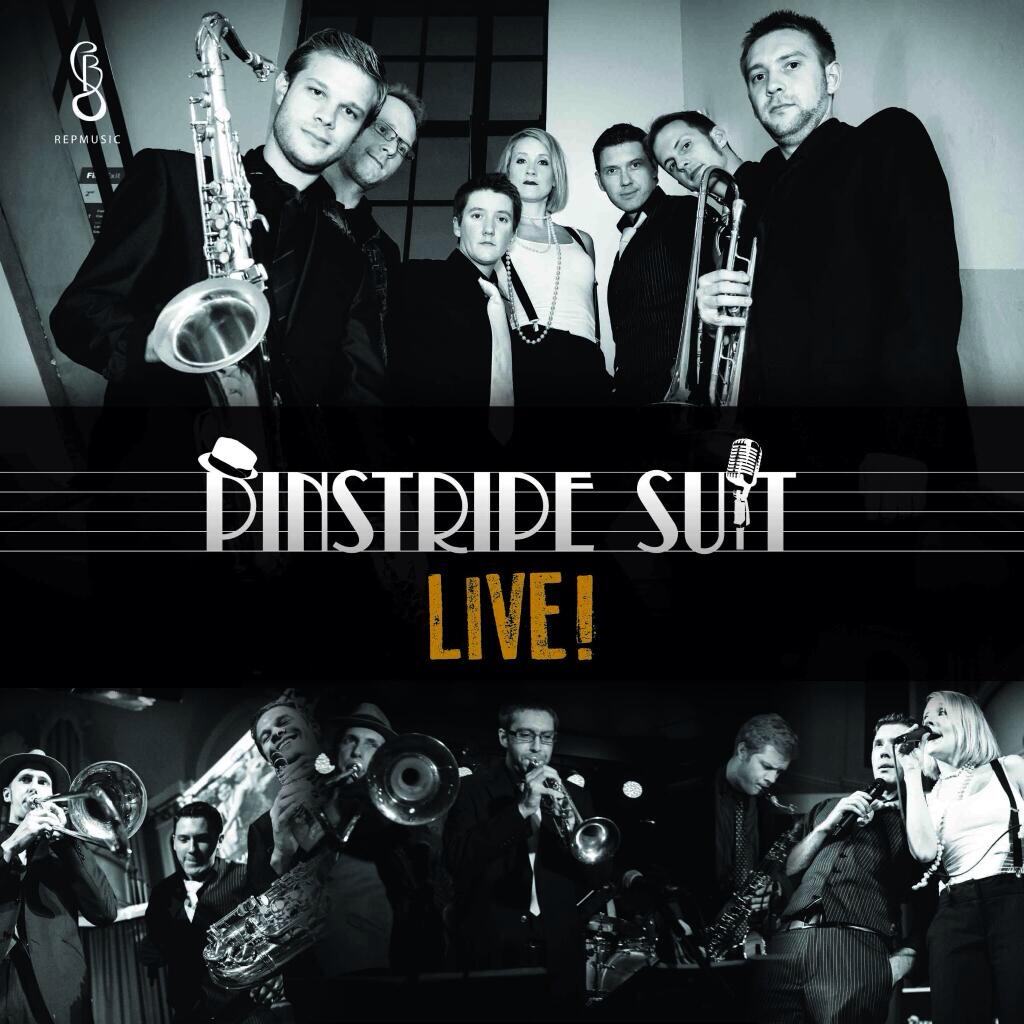