We’ve been offering Piano Shells for hire for a few years now. However, having had lots of people ask us about purchasing shells, especially during lockdown, we’re delighted to announce that we can now sell them too, as an official Dutch Grand reseller in the UK!

Raise your game as a performer for gigs or video shoots; or choose one for your venue, the legs fold inside, they come with a protective cover, and of course there’s no tuning needed!

Fixed prices for black, white, and red shells, other colours available upon request.

December is probably a great time to get one as we have no idea what will happen to prices after Brexit is confirmed! 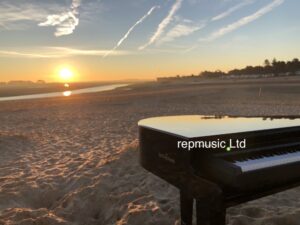 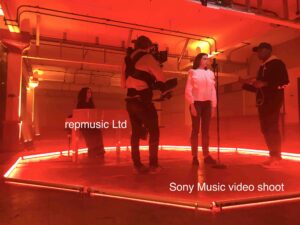 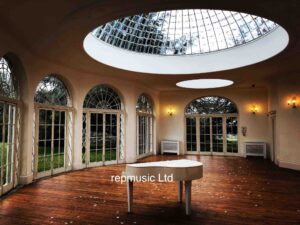 It’s been an absolute pleasure providing audio consultancy and tech support for this amazing new Zoom musical / Panto, written especially for the Zoom medium and for children with special needs.

repmusic provided technical (audio, visual, and Zoom) support for the show alongside live show designer Ash Day, enabling the cast to perform from home and achieving the best visuals and sound possible with the current restrictions, which included a rehearsal run through England’s second national lockdown.

It’s really good fun with a fantastic cast and a nice alternative to the Panto if you can’t get to one this year!

Robin’s Cambridge Jazz Festival performance is coming up this week on Thursday, definitely his biggest gig this year!

It’s a live performance with an actual audience (we hope!) at the Gonville Hotel in Cambridge.

Costs and options:
3 course meal and concert – £45 p/person
People attending the concert can also benefit from a concert-only offer of B&B for 2 for £99 (for both people)

Gonville Hotel have worked very hard to become a fantastically Covid-safe environment, with automatic temperature check upon arrival, automatic sanitising stations in every room, automatic doors added to the washrooms etc. If you are looking for something to blow the Lockdown cobwebs away but still stay as safe as possible, this is definitely a way to do that!

Click here for the website page most relevant to this event, with video links, reviews, audio, interview links etc.

Thanks everyone, we hope to see you there!

The Cambridge Jazz Festival 2020 IS GO!!!
Robin is involved with a screening of his documentary including Q&A; and two nights of live performances with a live stream on the second night:
Thursday 19th November – Documentary stream Robin’s USA road trip jazz & blues documentary ‘Back To The Source’ will be streamed 9-10pm including an introduction before with jazz musician and BBC presenter Sandy Burnett, and a Q&A afterwards with jazz saxophonist Kevin Flanagan.

This will be the only chance to see the documentary for free this year and only at the time specified (it will not be available after the stream).

We are hoping that everything goes to plan regarding the latest lockdown and offering two amazing dinner and jazz events in conjunction with the Gonville Hotel in Cambridge.

‘Re-Versed: The Lost Verses Of The Jazz Standards’

The Thursday performance will also be streamed live!

Only 30 seats available per performance (max 6 people per group).
THIS WILL BE ONE OF THE ONLY LIVE PERFORMANCES IN THE FESTIVAL

Robin will be interviewed on the Nigel William’s Saturday Show on Jazz FM on Saturday 7th November at 10:30am!

Tune in to hear Robin talking about his new Back To The Source jazz/blues road trip documentary which will be available to watch On Demand as part of the Doc’n Roll film festival from Sunday 8th – 15th November.

Nigel will also be playing an unreleased track recorded by Robin at famed Muscle Shoals Sound Studio with the Dexter Allen Band from Jackson, Mississippi, in the USA.

We are delighted to announce that our movie (full version – final edit) will get its world premiere in a few weeks as part of the London Doc’n Roll Film Festival!

The movie follows English jazz musician Robin Phillips on the road trip of a lifetime, reversing the journey of jazz and blues in the USA back to their sources, from Chicago via St Louis, Nashville, Memphis, Clarksdale, Jackson MS, the Mississippi Delta and finishing in New Orleans, on a Harley-Davidson motorcycle; listening and sitting in at gigs, recording at Muscle Shoals Sound Studio, and interviewing various people on the way giving a unique insight into the places visited and their place in music history.

The movie was made by repmusic in collaboration with Creative Onions.

Click here to visit the ‘Doc N Roll’ film festival page about the documentary and to pre-book!

Robin is often asked which of his music is most true to him and which recordings to check out, so we’ve made a Robin Phillips Jazz discovery playlist on Spotify of the music he’s most proud of and feels is most indicative of him musically.

We hope you find some time to give it a play and that you enjoy it, especially during Lockdown.

Watchers can request songs and tip to get their request bumped up the playlist.

Click here for more information on the style of music played.

Here’s a link to the first stream to watch back. 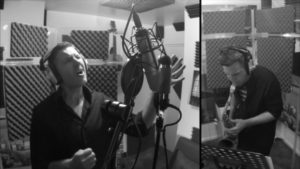 In 2019 Robin undertook the road trip of a lifetime, retracing the path of jazz and blues in America from Chicago down to New Orleans, on a Harley Davidson motorbike. The film coverage from this trip has become a documentary called ‘Back To The Source’.

The documentary was premiered at the Clarksdale Film Festival in Mississippi in January 2020. Whilst back in the US for the premiere, Robin filmed more footage for the final version of the film, including interviewing The Swampers bassist David Hood, and recording with the Dexter Allen Band from Jackson, Mississippi, in the legendary Muscle Shoals Sound Studio.

Click here to visit the Facebook page dedicated to the documentary and follow the journey of this film as it makes its way into the public domain in 2020.