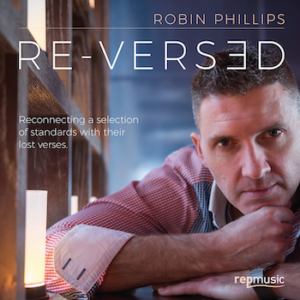 For this album, I’ve selected a collection of jazz standards and reconnected them with their original ‘sectional verses’: the introductory sections that originally started the song, often connecting the spoken and sung parts from a musical number, and offering more insight into the story behind the main refrain.

These sections are often really interesting from a harmonic and melodic point of view, and whilst some remain a part of the song as performed today (such as Stardust), many ‘verses’ have been lost over time. My theory is that this may have been due to restrictions in vinyl recording time and also maybe due to the ability of musicians to recall the additional changes for a number, which ultimately was not the part of the song the audience would have been most keen to hear in a performance setting!

In selecting the songs for this album I tried to choose songs where I was drawn to both the verse and the refrain, felt like I could do something with the arrangement that would be new or interesting, and songs where both the verse is rarely played and the main refrain not over-played.. after spending a year or more unearthing lost verses, I ended up with the current selection on the album.

Something else I have done with the album is to not merely bolt on the verse to the beginning of the song, but treat it as a verse would be in most songs, sometimes returning to it after solos, or finishing off the song with it. I’ve also tried to do something interesting from an arrangement point of view, that adds to the song, not just deliver it in a colla voce (out of time – following the voice) manner..

We’re launching the lead track music video from the album in the next few weeks and will announce the launch event details soon.